Community Initiative Projects aim to create social value and leave visible influence on the communities by carrying out the projects. On the basis of CIPs strategy against tension among different communities lies. In this context, we can say that promoting mutual understanding and enhanced relationships through small scale community led projects, addressing identified community concerns and engaging the public in future decisions especially marginalized groups are forming three main steps of the Project. When the mobiliser team is taking a step on the way of the Project, they pay attention three extra values; social benefits, economic benefits and co-existence. In short, CIP is in a triangle form that is consisted from these values. CIPs are fast-acting, short-term projects that have to leave permanent effects in/on societies.

There are some reasons to destabilize the line of the relations among the communities. The reasons; for example not knowing each other, prejudice and misconception about the “others” are forming main split in the society. In addition to this, these factors have caused social unrest in the field in terms of both/all sides. This is why CIP has adopted the serious challenges to counter existing and potential tension. It should imply measures to address the conditions conducive to the spread of unrest and heighten of the tension.

According to IMPR, CIP is one of the most crucial steps on the peace-road. We believe in the fusion capacity and the cultural mosaic of Anatolia. This feature of Anatolia has came from the location that meet continents and communities. We can see roots of various cultures in this place. Cultural mosaic, originating from Anatolia and spreading among cities, creates a melting pot. Its colorful texture is capable of overcoming the handicaps of the wars. In this context, we believe that peaceful co-existence should base on all colors of the life, religions and languages.

During the Project, Mobilizer team has followed a compatible approach in order to reveal the requirements of both communities and individuals within the societies. This is the methodology part of the projects. Methodology is the most sensitive part of the projects. Therefore, mobilizer team has paid more importance on the methdology. We, as a mobilizer team, have conducted meetings with a lot of people who came from different social status; such as from the ordinary people to mukhtars, from district governors to municipalities. One of the methods that we have followed is a face-to-face contact; the other part of the methods is Community Committee made of seven members. Community Committee (CC) members were selected according to the assessment results.

We have realized several meetings with people who represent community. In this context, CC was conducted by people of effective circles within the community. At the end of the assessment, we reached some important results to make the projects come true and get the broad perspectives and the sustainable outputs. It is an evidence that civil societies play a key role since its inception. This part carries a great importance because of voicing people’s concerns and ideas. We aim to implement projects in response to the public needs and this methodology is seen to be the most inclusive way for writing proposals based on people’s responses, avoiding resource waste and finding a system that uses resources more effectively. As mentioned above, meetings held by certain social segments are mentor for us to find route. All of these lead us to recognize the complexity in social ground in a short span of time.

Finally, one of the most important findings of the studies concerning individual and social behaviors is newly emerging tension that can cause local and regional conflicts. Here, we are trying to stand against this drift toward controversy and conflict. A major factor shaping this kind of humanitarian action is a pure idea and activism in order to move forward on the social problems. We know that it is possible to be between collaboration views of co-existence. We work on the projects in order to bring the CIP’s vision into action. Taking an action means an attempt to bring an end to the bitter aspects of conflicts among/between communities. 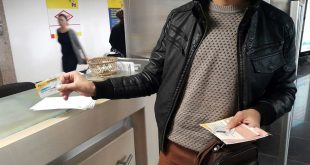