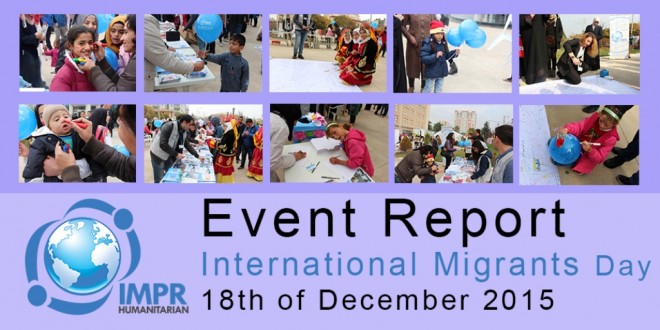 Human beings all cross the world search for justice, safety, security and fair chance of making a living for themselves and their beloved ones, basic rights like the right to live, the right to access education and other essential human rights are also among what people search and call for. Even though the previously mentioned rights and privileges might seem basic and can be found in countries all around the world, but the shocking fact states that with all the modernity that human kind have achieved so far such basic rights and privileges cannot be secured for all human being across the globe.

All people regardless of their nationality, color, religion, ethnic when they start to feel that their lives and the lives of their beloved ones is unsecure and unsafe, when children cannot access their schools, when taking a visit to the hospital to treat yourself or your family members itself can be considered a life threatening journey, no access to food or your simple basic rights, at this time this individuals turn to other alternatives to secure their basic rights in safe and protected place, where these individuals turn then to displace from their areas of residence internally or externally in order to protect themselves and their families, and here migration was born. Migration is defined as the following “movement of people to a new area or country in order to find work or better living conditions “, the definition itself state that any one of us have a chance of becoming a immigrant if security, safety and basic human rights is no longer can be secured for an individual or a family, taking the circumstance that the middle east is living in at the moment, number of immigrants is open to increase more and more with each days that passes, one of the biggest examples of this increase is the recent European migrant crisis.

According to UNHCR and as of December 2015, the top three nationalities of the almost one million Mediterranean Sea arrivals since the beginning of the year are Syrian (50%), Afghan (20%) and Iraqi (7%). Most of the refugees and migrants are adult men (60%). The European migrant crisis was highlighted when five boats carrying almost 2,000 migrants to Europe sank in the Mediterranean Sea, with a combined death toll estimated at more than 1,200 people.

On 18th December, the International Migrants Day was appointed by the General Assembly of United Nations on 4 December 2000 taking into account the large and increasing number of migrants in the world. On 18 December 1990, the General Assembly adopted the international convention on the protection of the rights of migrant workers and members of their families (resolution 45/158). This day is observed in many countries, intergovernmental and non-governmental organizations through the dissemination of information on human rights and fundamental political freedoms of migrants, and through sharing of experiences and the design of actions to ensure the protection of migrants.

Taking the importance of this day, IMPR Humanitarian have celebrated this day in GAPTAM arena in Sanliurfa through official invitation that IMPR Humanitarian received from the General Directorate of Migrants Management (DGMM) in Turkey. DGMM and AFAD decided to organize a big event where governmental personals, governors, ministries, INGOs, NGOs and UN agencies attended and participated in this event. IMPR Humanitarian participated in this event by opening an information stand inside the GAPTAM arena along with different activities inside its community centers in Sanliurfa. The focus in IMPR Humanitarian activity was to highlight the importance of this day in Turkey and all around the world, disseminate information about IMPR Humanitarian centers and services in the region to maximize the refugee access to these services and to ensure that all refugees inside of Turkey whether they are Syrian, Iraqis and from all other nationalities are aware of their rights and duties within Turkey.

IMPR Humanitarian distributed Balloons over the children and conducted face painting activity for the participant children; the estimated number o children who participated in these activities were over 200 children coming from the temporary education centers and who were invited by AFAD and GDMM to attend the activity.

IMPR Humanitarian team also organized “a message for the Immigrants” activity, where a 2 by 2 meters white board was set in the center of the event yard and people were asked by the IMPR Humanitarian to come and write a message that they would like to deliver to an immigrant that went by was not able to come back or return, or any message, prayer, poem or a drawing that they want to write or draw in this day, this activity witnessed a huge acceptance by both the Turkish and Syrian participants in which they came together and wrote a lot of wonderful and sometimes heartbreaking message for their beloved ones who they lost or were not able to see, Suruc governor, Urfa governor, Head of Urfa municipality, Head of GDMM in Urfa and many other official personals including UN Agencies, INGOs and NGOs participated in this activity and wrote their notes and messages and singed them on the board as well.

The distributed brochures were in three languages Arabic, Turkish and English. The participant were asked while they were visiting the information desk to write a letter for brother or a family member or any person who is now an immigrant, in which they wanted to send to message to him or her but they were not able to. The activity witnessed a lot of participants who have lost family members while taking the road to Europe or friends and family members who are far way in other far countries where they expressed in them how much they miss them and that their hearts and souls are still with them, and other wrote poems and general thoughts about this particular day.

This event witnessed the participation of approximately 400 individual Syrian and Turkish, and the participant of the Turkish government personals, Sanliurfa governor and other stakeholders, who made a speech on this day and how important it is for both the Syrian and the Turkish people.