Situation of Syrian Refugees in Kızıltepe

Turkey has over 1.200 thousand Syrian refugees since the war erupted in 2011. By now, there are near 1 million Syrians living outside the camps, mostly in the border cities and cities where there are camps. That being so, there is a larger group of people staying outside the camps with their own capabilities or depending on the support from different channels.

In the Mardin governorate has almost over 200.000 refugees regarding the local NGO’s, mayor, muhtars and Syrian community. The important of the Syrian Asylum seekers outside of camps live mainly Kızıltepe, Senyurt, Nusaybin, Mardin city center, and Midyat. But when we compare Kızıltepe got the largest immigration from Syria. IMPR interviewed with different community leaders, local people and Syrian refugee in Kızıltepe on number of refugees, They stated that the number of registered refugees was 25,000 on June 2014. Those people not get any assistance from outside of Mardin until today. Muhtars, mayor, local NGOs and opinion leaders also mention 20 thousand people live in the city not register. In generally between 30.000-45.000 refugees live in the Kızıltepe.

Because of geographical reasons most of refugees settling in Kiziltepe instead of Mardin. Kızıltepe is away 20 km to the border and it has a flat area. Mardin is a historical region for this reason it couldn’t host a lot of Syrian refugees.

Living conditions is better in Kızıltepe than Mardin. The prices of house rent in Mardin are two or three times more than in Kızıltepe. Normal foods prices are doubled in Mardin than Kızıltepe. Because of these reasons most of Syrian people settling in Kızıltepe

In addition, a significant portion of Syrian refugees formally using Senyurt Border gate which is connected to the Kızıltepe for input and output to Turkey. If the activities of information protection and awareness training are carried out based on Kızıltepe it will be very successful. Therefore, it is better to the project information center and similar projects should carry out in Kızıltepe where the Syrian people densely inhabited. On the other hand Kızıltepe is away 45 km from Nusaybin which has densely refugees too. It is known that in the rural area many Syrian refugees living between in this 45 km area. It has benefits that international organizations are carry out more project in Kızıltepe. Alos Kızıltepe has insufficient local resources. The institutions and organizations which supporting vulnerable peoples should increase their support to the Kızıltepe.

2014-07-16
admin
Previous A Syrian Wedding at IMPR
Next Announced to The Public: Events that occurred against the Syrian are met with concern 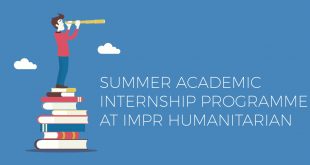 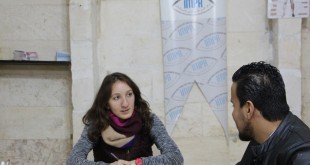 There are approximately 3 million Syrian have been living in Turkey since the start of ...